Rights to water founded in highest law of the land 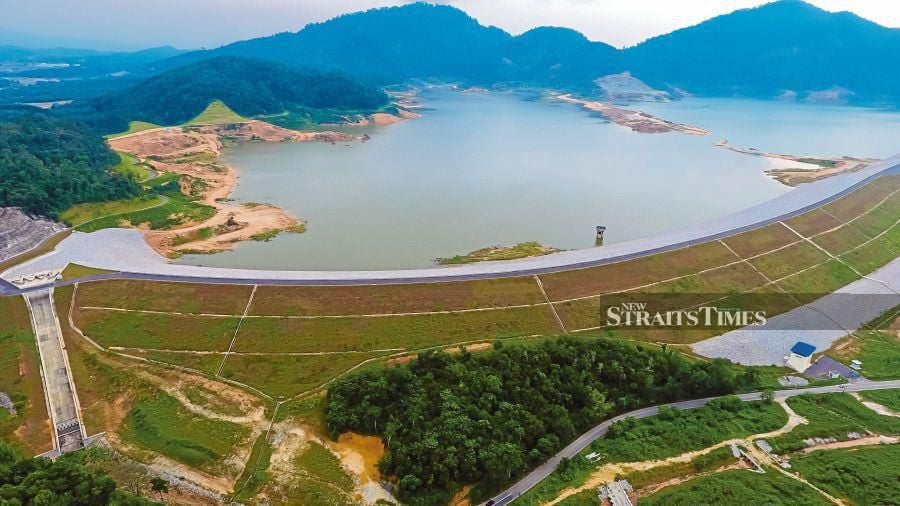 I read with interest Salleh Buang's opinion piece "Getting compensation for the real issue in Kedah-Penang water dispute."

Like Salleh, there are many who may also sense the sarcasm in the statement of Kedah Menteri Besar, Muhammad Sanusi Md Nor, for what sounded like a threat to dam Sungai Muda.

But, there may be as many who would not hesitate to tick off the Menteri Besar.

Indeed, a few have because under the law, Penang has the rights to use the water within the state borders for its own consumption.

The Kedah and Penang (Alteration of Boundary) Act 1985 puts pen to paper the agreed altered boundaries between the two northern states.

But, it is not the Act that defines Penang's rights – and Kedah's rights for that matter. It is a centuries-old doctrine called the riparian rights doctrine. The doctrine can in fact be found in the Federal Constitution.

The Ninth Schedule (Legislative Lists) lists out water, control of silt and riparian rights as State matters. So, what does the doctrine mean?

Simply, it refers to a bundle of rights of land owners whose land runs into a body of water such as a stream, river or lake or ocean. A riparian owner is a person – which includes a state – who owns land that runs into a river.

Since the doctrine is clearly recognised by the Constitution, a brief look at its origin at common law is necessary.

A lucid explanation of the doctrine can be seen in the judgment of Justice Virtue in the Canadian case of Western Irrigation District v. Trobst (1990) as follow:

"At common law the owner of land on the banks of a natural stream or watercourse is entitled to the enjoyment of what are commonly known as riparian rights.

A definitive study of water rights at common law by Joshua Getzler identifies an old English case of Embrey v Owen (1851) stating in no uncertain terms that a riparian owner has "the right to the usufruct of the stream which flows through it" and to have the stream "flow in its natural state without diminution or alteration." The case is said to be "the authority finally settling the common law riparian rights doctrine." [Getzler, J, A History of Water Rights at Common Law (2005)]

This means that a riparian owner – which includes a state – has the right to receive a natural flow of water in its usual quantity and quality. Therefore water should not be taken out of a natural stream, river or watercourse if it would lead to a shortage of water for those who need it downstream.

Getzler identifies how the common law was influenced by Roman law which was "received, re-invented, applied, discarded, simplified and adapted until a serviceable structure of doctrine emerges in the later nineteenth century."

Roman law texts state that rivers, seas, and the seashore belong to everyone and that one cannot block navigation on the Tiber. The texts also state the rules concerning diversion of water.

So, the law on water rights has an ancient origin. One may also add that rights to water are also contained in the Majallat al-Ahkam al-Adliyyah (1869), the civil code of the Ottoman Empire in the late 19th and early 20th centuries – the first attempt to codify a part of Islamic law of the Ottoman Empire.

Ancient or modern, it's no joke for anyone to suggest blocking a stream or river by asking villagers to put sandbags to dam the river and redirecting its waters away from land owners downstream.

This is not to say that a stream or river may not be dammed or diverted by a riparian owner. It may be done so long as the regular flow of the water is not interrupted and the lawful use of the water by other owners not disrupted.

Which is why the bundle of rights is said to include responsibilities and liabilities. As indicated above, these include the obligation not to interfere with the riparian rights of other upstream and downstream land owners, who will have a right of action should their rights be interfered with.

As decided by another old English case of John Young & Co v Bankier Distillery Company in late 19th century (1893), one riparian owner is entitled to remedies in the courts should his or her riparian rights to the natural flow of the water be disrupted by another riparian owner, causing actual damage.

Furthermore, a riparian owner has the responsibility not to undertake any activity on its land which could pollute the water and lead to a reduction in the water quality within the stream or river.

So, there is a point of referral in terms of the Kedah-Penang water issue, that the rights to water are founded in the highest law of the land – the Federal Constitution.